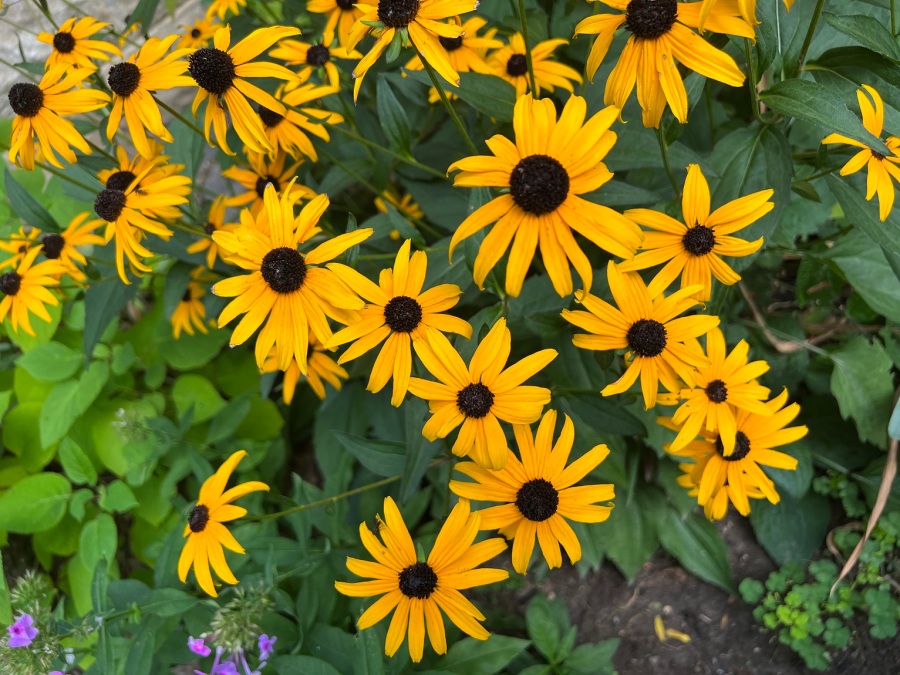 Time is a river, but once one is over 60, it feels like a waterfall. At least I experience time like that. Maybe it’s because everything takes longer to get done, maybe it’s because the flow of time has accelerated over the last years, but I’m very sure it feels as if the week consists of just a few hours. It was Monday, and all of a sudden – it’s already weekend. I was absent from this blog for quite a while.

I’m simply too busy catching up. The world has also changed with all major events rushing over us. The seasons have changed. We have fall season here in Ontario already, and I jumped over the summer completely. Half of the summer I was suffering from bad pain due to an accident and so I couldn’t do anything else, but read. As you know, I read only real books since I would love to spend no time online and no time staring at screens. I’m not addicted to devices and I use them only if absolutely necessary.

Nothing much has happened also during the last 3 months. I’m still just at home here, haven’t seen anybody, haven’t been anywhere. The garden I started in spring was doing ok, but we basically had no rain, none whatsoever all summer. Well, there were too many cucumbers and I have too many tomatoes at the moment. I don’t feel like making preserves this year and I also don’t have jars.

The internet and everything being online has made life extremely complicated. Dealing with paperwork isn’t easy and I plain and simple hate paperwork, just like many other people. However, I don’t think there are many people who didn’t get married because of paperwork. I managed that, back in Europe, and I was actually very happy later that I didn’t get married. It’s because the distance of time revealed the true face of that person.

The other thing I absolutely cannot take is meetings. It’s supposed to be great attending meetings, but I just dislike them so much that if you want to never see me again, just invite me to some meeting. This is because during the soviet times, up to 1991 while Latvia was in the USSR, we were always in meetings, preparing pointless and useless reports, plans and schedules. The paperwork was overwhelming and, I have to admit I have missed probably a lot of good opportunities since they required plenty of paperwork. I simply do not apply to shows, art associations, exhibitions and so on.

Living is tight for most people nowadays. My ability to do numerous things on my own helps. Being a good cook helps, too. However, it’s been so much cooking while staying only at home that I’ve lost the spark for doing that. Thankfully, I’ve never changed my size or weight after 21, therefore, I have a wide choice of outfits. I am wearing pants I had sewn in 2004 when I just arrived in Canada, jackets and skirts from 90-s. I have sewn them myself, therefore, the fabric is excellent and doesn’t wear out or lose color like the readymade clothes.

While I am on some social media sites, I really cannot stand them. Facebook is a necessity for art classes and other art events, but the most I can spend there is about 5 minutes a week. I just look at Facebook, and it takes no time at all to become nauseated. I think I was already too old when social media became a must for whatever we want to promote and put out there, so I never felt social media as an organic part of me. I lack that chatty style and I’m way too realistic and honest to spread lies shamelessly. I never engage in small talk either, also in real life. Or give out fake compliments. Or watch weird videos.

Nothing of that makes my life better, therefore, as I mentioned before, I rather read real books. Or some blogs, or my own blogs. The problem is that most people don’t have time to even look at the actual post. They click on “like” from Reader and then leave a comment – please, visit my site. While I have quite many followers, I know well those few who read my posts. I hope I will stay in touch and be more present during the upcoming months, but my art site and art blog definitely take priority since art is what I do, and I want it to stay that way. Making income with art is very tricky. It’s also time- and resource-consuming business. Well, time will show how I survive doing what most people would say is a futile effort.

Meanwhile, I’d like to remind that time is a river, and it never gives us back anything. Float, swim or fight the flow – that’s up to each one of us. As long as we are above the water, we can do lots. Have a decent fall season!

I am passionate about art, nature and human brain, therefore, I've been drawing, painting and writing for many decades and focusing on these areas.. It's never too late for improvement or new goals.

Bright and passionate colors of poinsettia

My large sketchbook and ink drawings