Stop and smell the roses

by Inese, artist, writer and life sciences specialist on September 25, 2017

Yes, stop and smell the roses and other flowers.

When was the last time you decided to do so?

Just yesterday? Today? Congratulations. It’s not true that you don’t have time for that. Believe or not, there is time enough for anything: even with long commute (which is most often our choice), even with small kids and no grandparents or nannies, even when studying or being a workaholic.

Are you saying: yah, right? I would like to repeat that it is a bad habit and it comes from chaotic and scattered attention management, or rather, attention non-management.

Being and feeling rushed with everything causes nervousness, unplanned actions and loss of time. We have to pretty much stick with our daily routine, and that means: if you can spend just 1 hour in front of TV, do not make it 4 hours at the expense of your sleep, or if it’s responding to an e-mail, we cannot make it scrolling through all Instagram or Facebook feeds and new posts. We have to stay on the path.

We don’t do that always, do we?

I am convinced that we are experiencing a chronic feeling of always lacking time. Realistically, we should have more time because there is so much help with housework, shopping and lots of other daily chores; there is automation and so many devices are replacing manual work.

Where does the time disappear?

It evaporates with unexpected, unplanned and also forgotten things. There are so many distractions with anything we just were about to start doing. Time over-consumption is also caused by unreliable and chaotic people who we have to be in touch with. Therefore, I am very convinced that it makes a lot of sense not to deal with people who never have time: either for you, for responding to you or for anything in their life; who cancel things because they never intended to do something in the first place, who are always late, who love talking too much or texting too much, or who do not even listen to what you are saying.

Having time for stopping and smelling roses eventually comes down to discipline. First of all: that is self-discipline. It’s not the case that we are always perfect and we never get lost in our good intentions. No human is 100% perfect, and life is never perfect. So, whether we have time for ourselves and whether we can make it for smelling flowers also requires some flexibility in executing our daily tasks, even small ones, and it requires so much more flexibility in tackling the big ones. 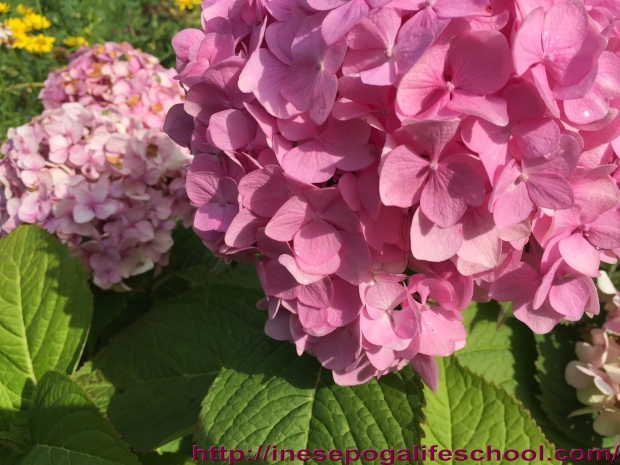 Late autumn, but everything in full bloom

When my daughter was just 8 months old, her father passed away. So, I was alone. I got German language teaching job at a countryside school because they provided with a free apartment. However, the free apartment had absolutely no conveniences. I needed wood for heating the stove on which I had to cook and also the heating oven in the other room. I had to take to a high second floor every bucket of water and afterwards I had to take it out. We didn’t have easy to use diapers or formulas these times yet, therefore, I had to manually wash everything since I did not have a laundry machine and I had to cook for daughter something she could consume, which was liquid porridge type of thing most often. There was no heating, so every time when I needed to warm up her food I had to get stove going.

My teaching job was full-time. That happened in the ancient soviet times, so, we didn’t have any nannies. There was no free spot in the kindergarten either if somebody would take such a small kid. I took my daughter to classroom which wasn’t far away, but just in another building. The school principal didn’t mind because they really needed a German language teacher. My daughter was either sitting or sleeping between students. She actually started to speak in full sentences extremely early and she also started to walk just at nine month.

My biggest problem was getting the wood: they showed me large logs which I was allowed to use, and before I could utilize them for heating, I had to split these large logs. I had seen my dad splitting wood, and it looked quite easy. I borrowed a huge axe and got to splitting. That was really tough, especially until I grasped how one tries to hit the right spot on the log. Next thing was to get that wood to the second floor storage. I decided to organize a help team from anybody who was around, and I was very lucky that some older teens and a few other teachers assisted in taking the wood to the second floor.

Salaries were miserably small, I mean, really small. I was doing sewing for people who wanted some outfit. After daily lessons I gave at school, I was sewing wedding dresses, suits, jackets, skirts, dresses, blouses, you name it. Some people offered produce and products instead of money. Well, I didn’t refuse.

I was in the fourth year at the University; I studied foreign languages at that time. Later at night I was preparing my test works, research works, etc. It was a lot of work for one person, however, I managed to read books, go to concerts or dancing to a local club whenever there was something on, too.

I have been thinking a lot: how did I manage to get this done? Practically on my own: full-time job, studying at University, small kid, home chores: wood, water, laundry, cleaning; sewing to make some additional money? People quite frequently don’t have to do even half of that and they are saying there is no time for anything.

The answer is extremely simple: I did not have a TV. Internet wasn’t invented yet. I didn’t have any phone. Nobody was dreaming about something we call smart phone now. I mean, there were practically zero distractions.

It’s impossible to avoid from all distractions with everything going on at once nowadays, however, there is a line which we can draw. We also learn how to say “No”. We sort out priorities and start with the most difficult mandatory tasks, then we move to easier things, and then we enjoy the time we have saved. It shouldn’t be at the expense of sleep, definitely not. 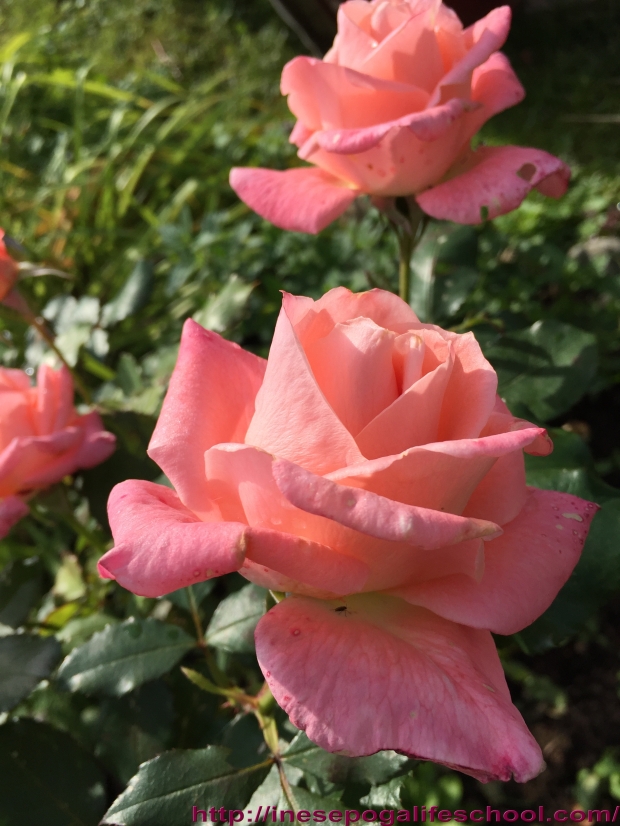 So, we are now free to go and smell and enjoy flowers.